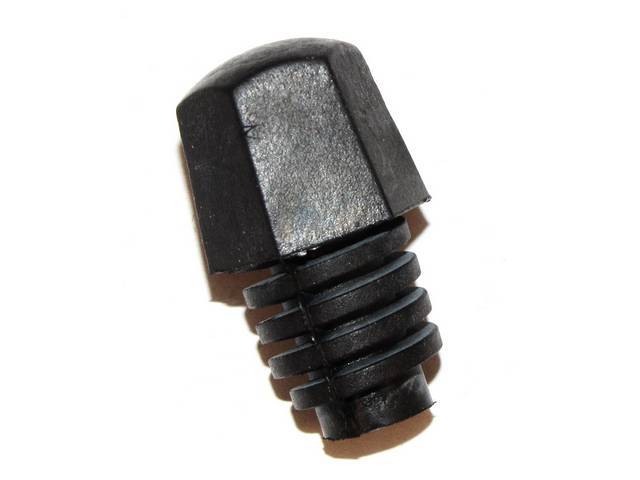 This original 1991-1993 Fox mustang hatch adjustment bumper is designed to not only keep your hatch from hitting or rubbing your quarter panels but also help with proper gap alignment and proper weatherstrip sealing. These units are located at each of the rear lower corners of you factory hatch, and install easily by just unscrewing your broken or dry rotted original and screwing in your new units.