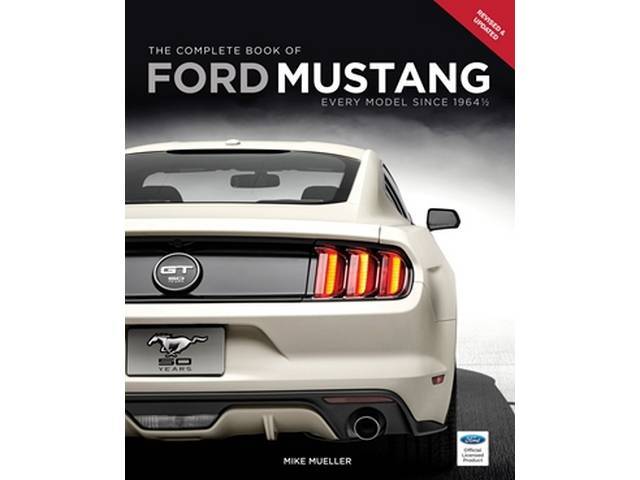 BOOK, The Complete Book of Ford Mustang, Every model since 1964 1/2, by Mike Mueller, The entire history of America's original pony car, in its full glory, Ford's Mustang is America's most iconic pony car, According to many, it is the only vehicle that really earned the title "pony car", This lavishly illustrated work walks readers through Mustang's 50-plus years of continuous production - a rich and varied history nearly unmatched in the automotive world, From the first six-cylinder Mustang of 1964-1/2 through fire-breathing, world-beating Boss and Shelby versions to today's all-new Mustang, The Complete Book of Mustang offers an in-depth look at the prototypes and experimental models, the anniversary and pace cars, and the specialty packages for street and competition driving that have made the Mustang an automotive legend for more than a half century, Officially licensed and created in cooperation with Ford and providing extensive details, specs, and photographic coverage, this book is the ultimate resource on America's best-loved pony car, No muscle car enthusiast, motorsports fan, or car collector will want to miss this book! hardcover, 304 pages