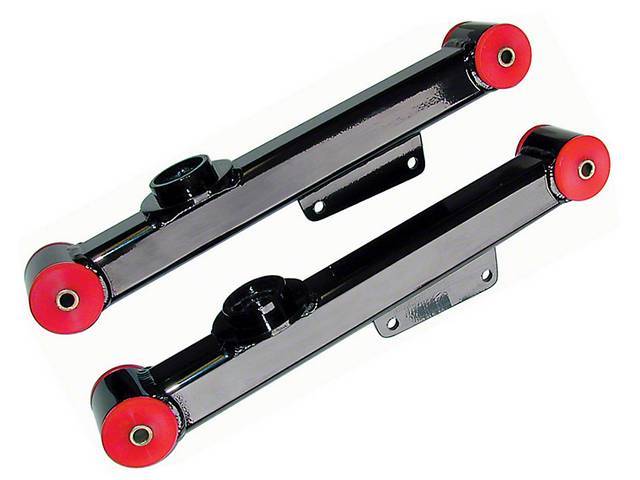 This item is made to order and is shipped directly from the manufacturer. Please allow 1-8 weeks for delivery.
DESCRIPTION

Don't be fooled by imitators! Steeda's Aluminum lower rear control arms are the only ones that use our exclusive three part variable rate bushings to eliminate suspension bind and control noise and vibration while planting your tires to the pavement.

The 4500 series is best for street cars, road racing, and occasional drag strip use and the 4600 series is best for drag racers who consistently see 60 foot times of 1.65 or better, and for heavy (3500+lb) street and road race cars with more than 400 rear wheel horsepower.