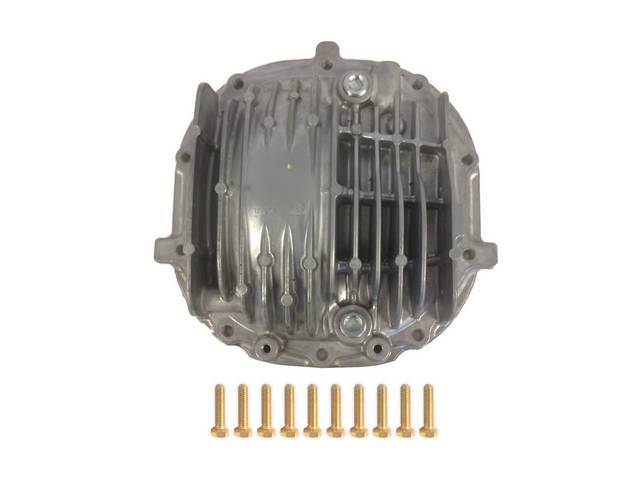 This innovative piece was designed with cooling fins to reduce overall gear oil temperatures and to increase rear end housing rigidity for improved gear set and bearing life. We've taken this cover a step further by installing magnetic fill and drain plugs for ease of maintenance and to trap suspended steel particles in your gear oil.

This cover does not fit IRS-equipped Cobra models or models with IRS rear ends.