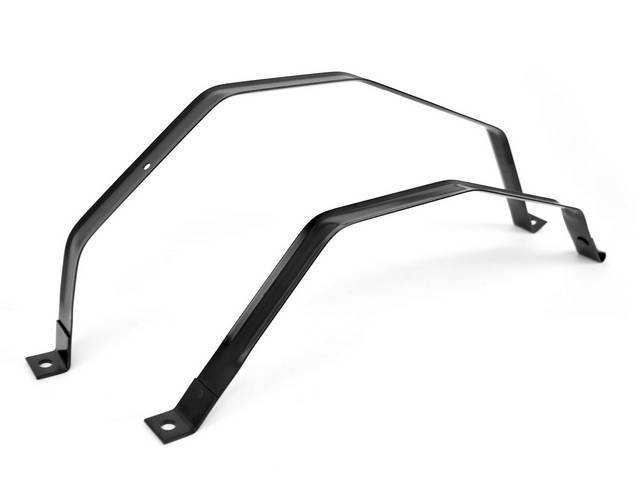 This pair of fuel tank straps for your 1994-2004 Ford Mustang are designed to secure the fuel tank to the underside of the trunk floor. These units have the correct attachment points both front and rear to make installation easy. These feature a OE like style black painted finish so to give you the original factory look. So if your original units are corroded, damaged or missing these fuel tank straps will help you get the job done right.

Restoration Note: Ford listings show 1994-1997 as one style of straps and 1998-2004 as a second style but after comparing these straps on original Mustangs in the NPD collection there looks to be no differences in these straps.